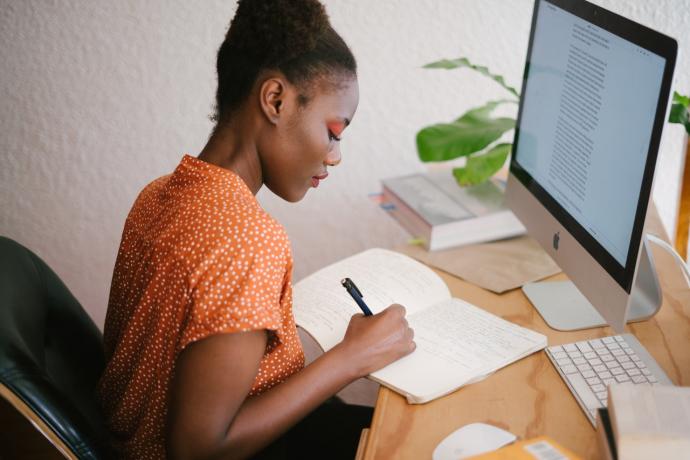 Zimbabwe is set to commemorate the International Day for Universal Access to Information on the 28th of September 2020. This comes at a time when the country, alongside the rest of the world, is faced with a health pandemic that has moved citizens’ daily communication, education, work, trade, and access to basic services from physical interactions to, mostly, online interactions. The World Health Organisation declared the novel coronavirus (COVID-19) a global pandemic, a few months after the adoption of a revised Declaration of Principles on Freedom of Expression and Access to Information in Africa (the Declaration) at the 65th Ordinary Session of African Commission on Human and Peoples’ Rights (ACHPR) in November 2019. For Africa, the pandemic has merely served as emphasis that internet rights and freedoms are more important now than ever before.

Principle 37(2) of the Declaration calls on States to “recognise that universal, equitable, affordable and meaningful access to the internet is necessary for the realisation of freedom of expression [and] access to information.” In this regard, the Declaration states that countries must “adopt laws, policies and other measures to promote affordable access to the internet,” particularly for children and marginalized groups. Internet accessibility in Zimbabwe generally remains low, mainly because of limited infrastructure, especially in rural areas, where most Zimbabweans are located. By the end of 2019, the internet penetration rate in rural Zimbabwe stood at only 10 percent, presenting the reality of a stark urban-rural digital divide where the nationwide internet penetration rate stood around 60 percent. In this year’s second quarter report, the country’s telecommunications regulator, the Postal and Telecommunications Regulatory Authority (POTRAZ), noted a decline in both mobile and internet penetration. This was attributed to the depressed demand in the economy, at both household and industry level, with direct impact of COVID-19 on both the formal and informal sector negatively affecting disposable incomes. Active mobile subscriptions dipped by 6.7 percent from 13,7 million to 12,7 million, while active internet and data subscriptions dropped by 4 percent, resulting in internet penetration reduction from 59.1 percent in the first quarter to 56.7 percent. While POTRAZ has set up 87 Community Information Centres around the country, geared towards promoting internet access in marginal communities, a long term and sustainable solution is necessary. In its position paper on COVID-19 and its impact on digital rights the pan Africa digital rights initiative, the African Declaration on Internet Rights and Freedoms Coalition, highlights the importance of a licensing and regulatory framework for community-owned networks. Community networks are decentralised community-built and owned internet connections. They are the most effective way to overcome digital exclusion in areas isolated from the social and economic dynamics of the digital era. The call should, therefore, be for the opening up of equal opportunities for Zimbabweans in underserved areas to access spectrum under a licensing regime with exemption provisions that will lessen administrative processes for small operators, not-for-profit operators, and other actors interested in community networks. This will result in an increase in access to the internet and the advancement of the right to information on the internet in Zimbabwe

The rights to freedom of expression and access to information are cornerstones of democracy that are key to the enjoyment of other human rights. Their inextricable link lies in the fact that for the ideas expressed to be of value, there is a need for access to verifiable information, which in this case, is usually held by both public and private bodies. Citizens can only hold those in power accountable when they can access information. The signing into law of Zimbabwe’s Freedom of Information Act lays a good foundation in setting the procedure for accessing information held by both private and public institutions which is necessary for the exercise or the protection of citizens’ rights. However, Africa is increasingly plagued by both on and offline restrictions on freedom of expression and access to information with incidences of censorship, harassment, and detention of journalists, activists, and human rights defenders as they share critical information or opinions. Control of these traditionally ‘problematic’ groups has moved from the offline to the online space and now also includes intimidation and harassment of ordinary internet users. Zimbabweans have not been spared of monitoring and controlling of their internet use and access as a means of curtailing the enjoyment and advancement of digital rights. Direct control is demonstrated by the disruption of internet services with the most recent case being in January 2019 under the order of the State Security Minister. Disruption of services demonstrates the extent to which the government is willing to limit online access to information. Indirect control is evident in the increased deployment of anonymised social media accounts on popular platforms such as Facebook and Twitter, which seek mainly to disrupt critical socio, economic and political conversations and, to an extent, channel out disinformation. A key characteristic of these accounts is that they usually push the agenda of the government and the ruling ZANU-PF by overshadowing dissenting voices to manipulate conversations.

The development of the indirect control and monitoring of online communications is a serious threat, especially when viewed against, remarks made by the Zimbabwe National Army Commander, Edzai Chimonyo at a military graduation earlier in the year, where he announced that the military would start monitoring citizens private communications to ‘guard against subversion’. Such remarks have raised concerns about the government’s sincerity in drawing a cybersecurity and data protection law for the country. However, the importance of data protection legislation in Zimbabwe cannot be understated given recent concerns over privacy of citizens’ information. These include the lack of clarity and transparency on the ‘sophisticated algorithm’ to determine distribution of aid during the (coronavirus) pandemic and the High Court challenge by MISA Zimbabwe and the Zimbabwe Human Rights Association over a police warrant seeking information on mobile phone operator’s transactions, which was successfully contested. Principles 40- 42 of the ACHPR Declaration address the protection of personal information and communication surveillance within the ambit of the right to privacy by establishing a legal framework for the protection of personal information. Principle 42 makes provision for States to ensure that individuals consent to the processing of their personal information is not excessive, is transparent, and in accordance with the purpose for which it was collected. Additionally, individuals must have access to the personal information that is being processed and must be given an opportunity to object to the processing.

The steps taken by the international community and regional bodies to facilitate the full enjoyment of the rights to access to information and freedom of expression, both online and offline, will be bolstered by appropriate data protection and cybersecurity regulations implemented by the government of Zimbabwe. The commemoration of the International Day for Universal Access to Information is both a reminder and an opportunity to further solidify internet rights in Zimbabwe, and around the continent, by implementing and adopting the principles and laws discussed above.

This article was commissioned by MISA Zimbabwe for a special supplement for the International Day for Universal Access to Information published in Zimbabwe’s daily newspapers, The Daily News and The NewsDay