How MIL enables citizens to claim their digital rights 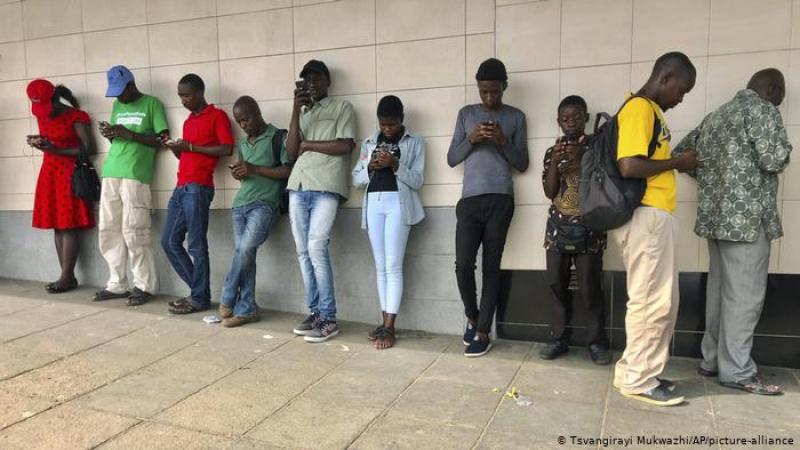 Meaningful Internet access: Zimbabwe is one of the worlds most expensive countries for mobile data. | PIC: Tsvangirai Mukwazhi/AP/Picture Alliance

This article was commissioned and first published by DW Akademie,  as part of the Media and Information Literacy week commemorations

Media and Information Literacy is essential for citizens to claim their human rights, especially in the digital sphere. Zimbabwean digital rights activist Koliwe Majama explores the barriers against MIL in Africa.

Although comparatively lower than in other parts of the globe, the increase in internet access and technologies in Africa has evolved the telecommunication sector, bringing about marked and significant efficiency in public services, ease in doing business, and diversity and plurality of media platforms and content. However, digital rights activists in the region continue to express concerns about the sincerity of governments in ensuring that citizens have meaningful connectivity and are fully equipped with the necessary skills that will enable them to experience the utilitarian value of the internet.

The importance of media and information literacy (MIL) among citizens in this digitized environment cannot be overstated. With its roots in the Moscow Declaration on Media and Information Literacy, MIL is defined as a combination of knowledge, skills, attitudes, and practices required to access, analyse, evaluate, use, produce and communicate information and knowledge in creative, legal and ethical ways that respect human rights. UNESCO added knowledge of one’s rights online, combating online violence, understanding of the ethics around access and use of information, and the engagement with media and ICTs in the promotion of equality, free expression, intercultural and interreligious dialogue to the competencies. The pillars of MIL make connections between media and information literacy and digital and ICT literacy, bringing digital rights to the fore.

In today's digitized environment, MIL revolves around use and access to the internet. The internet has opened new channels of communication for socially marginalized and vulnerable groups and empowered people to organize themselves more efficiently while innovating digital services to improve economic growth.

However, the manner in which MIL has revolutionized the media and information sharing among citizens — not only in the exercise of their civic rights, but also in pursuit of good governance and social justice — has resulted in backlash from some governments. In Africa, this backlash is characterized by the control and undermining of the exercise of human rights online. Increasingly, there is an adoption of more stringent laws and policies to regulate and control the use of the internet, trends of censorship and surveillance, and repression of freedom of expression.

Africa’s digital divide also significantly contributes to low media, information and digital literacy among the population. In its two strands as an urban-rural and gender divide, this digital divide is exacerbated mostly by poor and limited infrastructure, high data costs, and lack of access to technologies by socially marginalized and vulnerable groups. Broadband access costs in the region remain extremely high with the average cost for 1GB constituting up to 7.12% of the average salary. This negatively impacts the right to access the internet for the majority, who live below the poverty line. Women make up the majority of the affected populace and — as well as lack of access to technologies — have a lower level of the basic literacy skills needed to engage with online content. Even then, that content is usually in a handful of languages or generally lacks appeal to the group. In a recent study, the World Wide Web Foundation noted that the lack of ICT literacy skills keeps women offline.

Calls have been made to governments and private sector players to develop strategies to increase internet access for digitally excluded communities. For example, the recently revised and adopted African Commission on Human and Peoples’ Declaration of Principles on Freedom of Expression and Access to Information in Africa calls for the adoption of laws, policies and other measures for universal, equitable, affordable, and meaningful internet access. Apart from the improvement of infrastructure, better pricing of data packages and promotion of local access initiatives, the declaration lists the facilitation of digital literacy skills for inclusive and autonomous use. Overall, this implies the need for a holistic skills development strategy hinged on a better understanding and appreciation of the benefits of the internet in the overall development and a clearer focus on the skills required by different sections of society.

For MIL to flourish, the right to freedom of expression, including freedom to seek, receive and impart information should be respected and promoted. This is because freedom of expression remains a fundamental pillar of democracy. Yet in Africa, violations against free expression have extended online, resulting in surveillance and censorship as governments crackdown on, and detain, human rights defenders, journalists and activists. In most instances, they cite the provision of national security and stability as justification to deny the sharing of information. Usually, the effect of this targeted clampdown on divergent views and activism results in censorship among ordinary citizens and self-policing on popular social media platforms including Facebook, Twitter and WhatsApp. This creates a culture of fear and results in the limited use of social media platforms for engagement in critical national discourse. A recent demonstration of this is the arrest of Zimbabwean journalist, Hopewell Chin’ono and opposition activist, Jacob Ngarivhume in July 2020 for inciting public violence through their Twitter handles.

MIL thrives in an environment with enabling legislation. However, the contradictions in the procedure and substance of cyber laws in most African countries hinder the benefits of a diverse and plural media, access to information and digital rights. Cyber legislation in Africa has been criticized for its emphasis on security at the expense of the protection and promotion of the rights of its citizens. While citizens should demand these rights, the onus remains on the government to ensure a democratic digital environment.