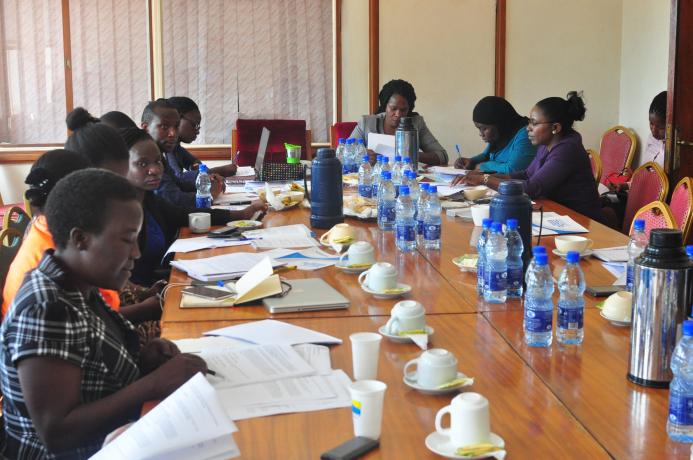 From left (in black and white checkered jacket): the leading UW team making submissions to the then Data Protection and Privacy, Bill 2015 before the Parliamentary committee on ICT (seated right of table) in 2018 before passage of the law in 2019.