AfDec to advocate for robust, open and free internet in 2020 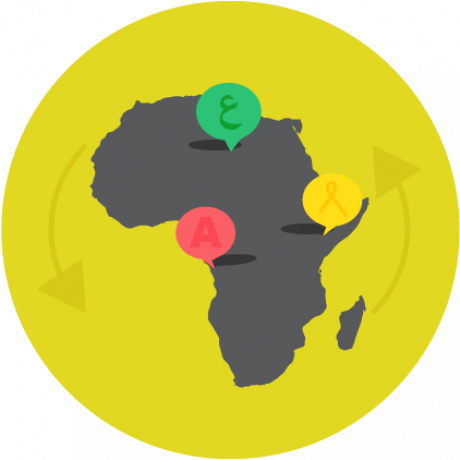 The African Declaration on Internet Rights and Freedoms (AfDec) Coalition has set 2020 as the year for robust advocacy for an open and free internet as well as strategic promotion of online human rights in Africa.

AfDec’s work is hinged on the promotion of the 13 principles of the African Declaration. The Coalition is a Pan-African initiative aimed at promoting principles of openness in internet policy formulation and implementation. The Declaration also seeks to enhance online rights on the continent.

At the end 2019, nine Coalition member organisations received grants under the Coalition’s Strategic Advocacy Fund to implement activities in Cameroon, Ghana, Nigeria, Senegal, South Africa, The Gambia, Uganda and Zimbabwe. Although the majority of the interventions will be implemented at national level, they are set to impact the whole continent as they are designed to be adaptable.

While mapping trends of in government controls of the internet in the past decade, an AfDec member, the Collaboration for ICT Policy in East and Southern Africa (CIPESA), highlighted the years 2016-2019 as the peak of internet controls on the continent. This was attributed to an increase in internet shutdowns, which came either as total blockades, or in most instances, were targeted mostly at popular social media platforms, Facebook and Twitter. In 2019 alone, six countries on the continent – Algeria, Chad, the Democratic Republic of Congo, Gabon, Sudan and Zimbabwe – registered network disruptions.

With the support of a Strategic Advocacy Fund grant, the Media Rights Agenda (MRA) will litigate against internet shutdown cases in Nigerian national courts and at the African Commission on Human and Peoples’ Rights (ACHPR). The project reinforces two of the Declaration’s principles, freedom of expression and internet access and affordability, and seeks to secure a decision that will be applicable across the African continent.

In addressing this issue, the Women of Uganda Network (WOUGNET), in their grant-funded project, takes a multi-pronged approach to breaking this barrier. Through its activities, the organisation seeks to increase the digital literacy and security of women’s organisations, ordinary women and girls and human rights defenders, as well as their knowledge of existing internet policies and regulations that have an impact on their rights and the general achievement of gender equality.

In 2019, African citizens continued to organise and mobilise civic action in the face of rising discontent via social media. There was a four-month nationwide protest in Sudan, popularised on social media as #SudanUprising, calling for Omar al-Bashir to step down after three decades in power. In Algeria’s capital city on 1 November 2019, social media was used to fill the streets in protest against the country’s 65th independence anniversary. Algerian citizens demanded what they termed a "new independence". Protests in the country had begun in February 2018 and ended in early January 2020. Both Sudan and Algeria experienced protest-related internet disruptions and faced massive government pressure aimed at stopping the citizens from organising online.

Media rights activists on the continent also acknowledge social media’s increasing vulnerability as it opens up space for alternative opinions and information against a highly censored, controlled and regulated mainstream media. In its continuing work for a free, independent and diverse pluralistic media, the project undertaken with the support of an AfDec grant by the Zimbabwe chapter of the Media Institute of Southern Africa, “Using the Internet to Promote Free Expression and Information Access in Zimbabwe”, will focus on the principles of freedom of expression and the right to information. The project aims to increase awareness on free expression and access to information in the country by making connections in the new media environment with the increase in internet access. The timeliness of the project is marked by current media law reform processes in the country following the gazetting of a new law, the Freedom of Information Bill, in July 2019.

The Coalition is also alive to the need to grow a critical mass that can influence the adoption of policy that upholds digital rights as a means of achieving sustainable development, good governance and social justice on the continent. Four organisations – the Africa Freedom of Information Centre (AFIC), the Media Foundation for West Africa (MFWA), the Association des Utilisateurs des TIC (ICT Users Association, ASUTIC) in Senegal, and The Gambia YMCA Computer Training Centre and Digital Studio – will work to identify and equip stakeholders to defend the same.

The YMCA’s project targets youth actively involved in advocacy work and community outreach in The Gambia in a digital rights training programme for interventions in the country’s transition. AFIC’s project will focus on civil society, human rights institutions, and other key stakeholders in the regulation of the internet in Uganda in order to understand and appreciate digital rights with a focus on access to the internet as a fundamental right and freedom. While the civil society interventions will use the African Declaration as a tool to strengthen the capacity of civil society actors in the whole of West Africa, ASUTIC intends to launch a national coalition of human rights organisations, including activists and journalists, for the protection and promotion of online rights. Focus will mainly be on the principles of freedom of expression and information, privacy and personal data protection.

While ASUTIC will work on a national agenda on privacy and personal data protection, the South African public interest advisory firm ALT Advisory will push a more regional intervention. Data privacy and protection has remained on the agenda of the African Internet Governance Forum for over three years, a position set to be maintained following the adoption of the African Continental Free Trade Area.

The strategic advocacy activities are part of the Coalition’s project “Securing human rights online in Africa through a strong and active ‘African Declaration on Internet Rights and Freedoms’ network”. In 2019 the Coalition finalised a two-year strategy which ends in 2021, whose main objective is to contribute to the development of national and regional internet-related policy frameworks that promote and respect human rights across Africa. While 2020 presents an opportunity for growth in online access, the political terrain in most African countries is riddled with stumbling blocks. As more people demand good governance, democracy and the upholding of human rights, there will be more concerted efforts by some governments to suppress internet access and activism, which makes these activities more crucial than ever.

For a French translation of the article, visit: https://www.apc.org/fr/news/plaidoyer-africain-pour-un-internet-robuste-ouvert-et-libre-en-2020%5D

Koliwe Majama is APC's AfDec project coordinator and AfriSIG organiser. She is a Zimbabwean media, information, communications and technologies consultant with over 15 years of experience working in civil society lobbying and advocacy involved in internet governance processes in her country through research, programming and multistakeholder engagement.