African Declaration on Internet Rights and Freedoms Coalition: Promotion of freedom of expression a priority for Southern Africa 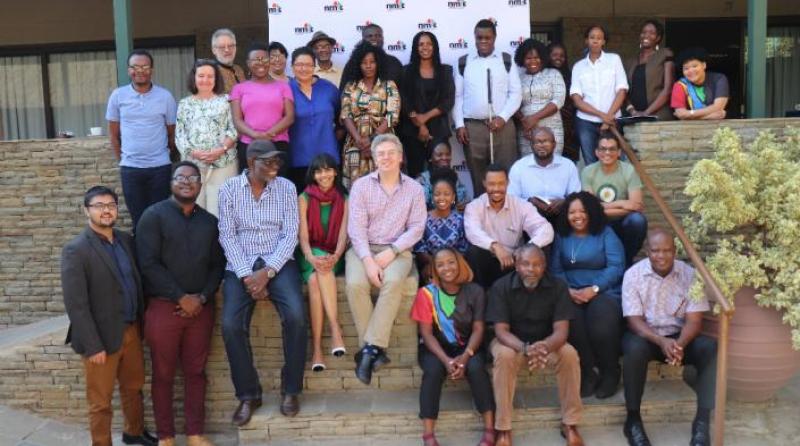 Freedom of expression remains Southern Africa’s most violated online right. Advocacy for the respect, recognition and promotion of freedom of expression online has been marked as a priority for digital rights activists in the region. Southern African members of the African Declaration on Internet Rights and Freedoms (AfDec) Coalition, drawn from Malawi, Mozambique, Namibia, South Africa, Tanzania, Zambia and Zimbabwe, noted this during a strategy-networking meeting held in Windhoek, Namibia on 21 September 2019. The meeting was held after a two-day Southern African consultative meeting with the African Commission on Human and Peoples’ Rights’ Special Rapporteur on Freedom of Expression and Access to Information, Lawrence Mute, on the draft Declaration of Principles on Freedom of Expression and Access to Information in Africa. Members of the Coalition submitted comments and proposed amendments to a number of sections, including the new Section IV on Freedom of Expression and Access to Information on the Internet.

A digital rights framework for Africa

The Coalition’s work is centred on the African Declaration on Internet Rights and Freedoms, a pan-African initiative that seeks to promote human rights standards and principles of openness in internet policy formulation and implementation on the continent. It does this through the articulation and promotion of 13 principles which it views as necessary for upholding human and people’s rights on the internet. In 2016, the African Comission on Human and Peoples’ Rights (ACHPR) adopted Resolution 362 (LIX) on the Right to Freedom of Information and Expression on the Internet in Africa. The resolution acknowledged the value of the African Declaration in its elaboration of the principles necessary to uphold human and people’s rights online and in cultivating an internet environment that can best meet Africa’s social and economic development needs and goals.

In a regional assessment of the status of digital rights, Coalition members registered concerns over continuing attempts by especially governments and telecommunications companies to limit free expression and infringe on privacy rights, and their failure to prioritise the need for affordable and quality internet access for the region’s citizens. Coalition members noted instances of:

Coalition members attributed the region’s poor internet environment to the lack of inclusivity and sincerity in ensuring participation by all stakeholders in both national and regional internet governance processes. In particular, members noted governments’ lack of transparency in the formulation and implementation of policy and law, stating that in most cases, consultative processes include a select elite group. As a result, most internet laws that should guarantee and promote online freedoms, such as cybersecurity and data protection laws, have remained stagnant at bill stage. Policy- and law-making processes remain largely dominated by government institutions.

Coalition members agreed to a strategy to, over the next year: